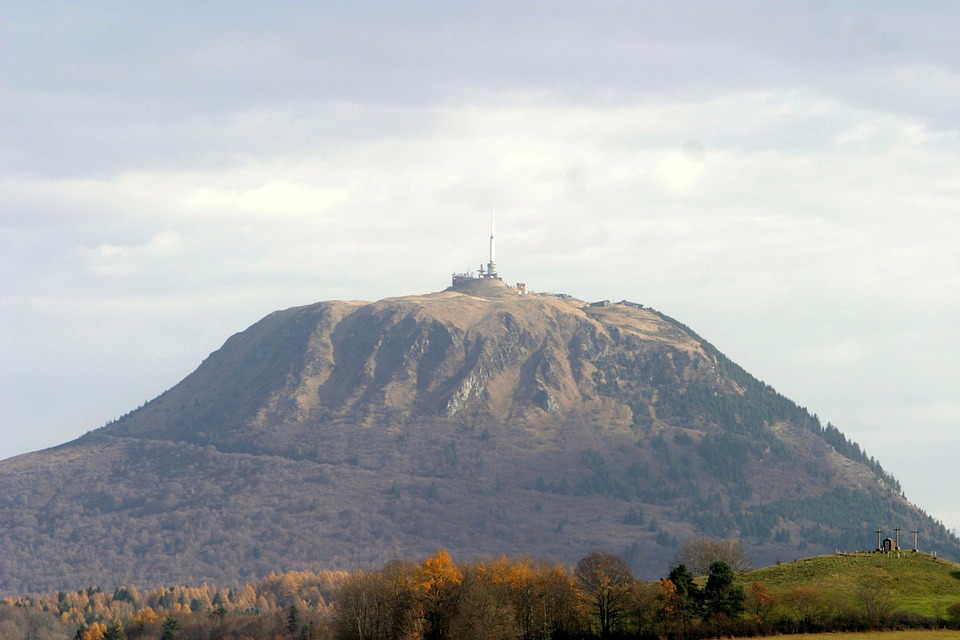 The Chaine de Puy is located in Massiff Central in Central France, it has 80 volcanoes with a 45 kilometers range. Puy-de-Dome volcano is its highest point. It is located just 10 kilometers away from Clermond Ferrand andit has an incredible history, that dates back to the Roman empire. There used to be a temple to roman god Mercury, god of travelers and traders.

It belongs to Puy-de-Dome department, the one that takes its name from the volcano. The Puy-de-Dome was granted, with the rest of the Chaine des Puys, a World Heritage status by the UNESCO, the only natural Heritage in mainland France.

Puy-de-Dome is extremely easy to reach by freeway. Just rent a car at Toulouse airport parking and you will be there in three and a half hours, via A20 and A89 (this way you will have to pay a toll fee).

Another option is to take A75 from Toulouse airport which will take an hour longer, but will reward you with beautiful sight seen of central France.

Also, you can leave your car at Toulouse airport parking and take a flight to Clermont Ferrand Auvergne Airport (there are no direct flights, all go through Paris).

There are two pedestrian trails that will get you to the volcanos top:

If you can’t decide, you can also tour the two of them via the GR4 trail, that covers both of the paths.

The regular way to get to the top of the volcano is by train with amazing panoramic views.

What can I do once I get there?

Once you reach the volcanos top, which stands 1465 meters high, there are many activities you can try. Only once a year, it is open to practice cycling in this ancient stage finish of the Tour de France. You have to hurry, since there are only 300 cyclists allowed to enjoy the ride.

If you are an enthusiast of adventure sports, go no further to practice paragliding and hang gliding.

Or, if you prefer to keep your feet on the ground, there is a meteorological station and also a visitant centre where you can find information about the geology of the area and, of course, a room dedicated to volcanology.

From the top of Puy-de-Dom volcano, you can see one of the most spectacular views in all France. There are plenty of other volcanoes around, like the Chaine des Puys, Monts Dore, Monts du Forez, Clermont-Ferrand and its suburbs and the Limagne plane. If you look south, you will see coniferous forests where you can collect raspberries and mushrooms.

If you are looking for a nice vacation, full of adventure, hiking, aerial sports and magnificent views, Puy-de-Dome is the perfect place. It will fill your heart with beauty. Enjoy your travel!